This is a thing that is often forgotten, but it is very important for visibility and sharing of the website. Differentiate yourself from other users and learn how to easily change the image and text that will appear when sharing your social media content, whether on Facebook or Twitter.

How it works and what exactly it is about?

This is a so-called thumbnail or a brief preview of the post that you see on Facebook after referring to any webpage - a picture, a caption, and a snippet of text. Sometimes the social media do it themselves and the result looks the way you think. More often, however, it would be more practical to customize the preview. 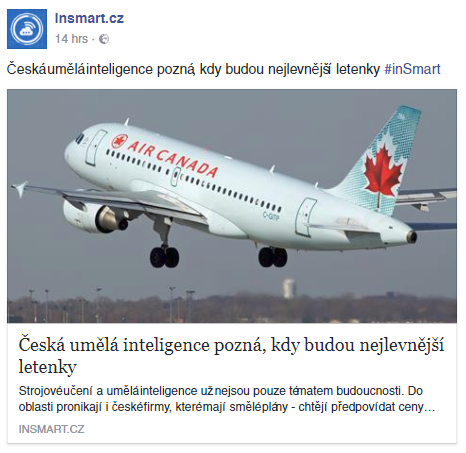 Basicly, the social network will take the initial image of the post, the title of the post, and the first few words of the content. However, this is not sufficient for the needs of many users.

The easiest way to make changes is through the free Yoast pluginu ,which is key to SEO of websites  built in WordPress. A very skilful, yet neglected feature of a favorite plug-in is also the adjustment of thumbnail images for individual social networks.

After installing the plug-in, the Yoast Control Panel will appear right under the editing panel when you create or change a post or page. Just click on the social networking symbol and you can easily change the caption, description and image for Facebook or Twitter. 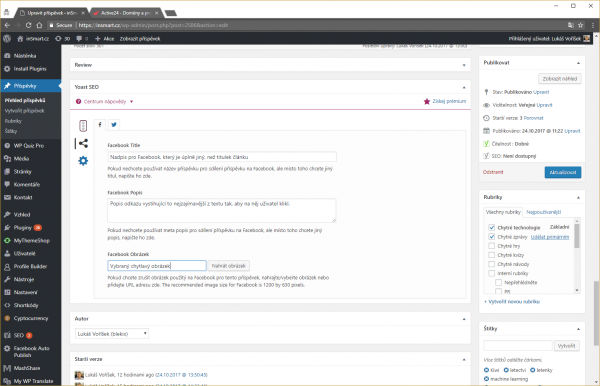 Carefully consider the text that you give to the shared post. It does not necessarily have to coincide with the perex, but the summary of the content that lures the reader to click and read the post is important.

Why change the preview for social networks?

Because sharing on Facebook or Twitter brings millions of visitors a day to WordPress sites, their importance can not be underestimated – not even a preview of the post that rotates on the Internet.

Social networks use so-called metadata when sharing a post– caption or snippet, short text to read out the content of the post. If there is a picture, caption, and label carefully selected for sharing, the impact can be greatly increased to support website traffic.

If the link appears without a thumbnail image when bein added to Facebook, do not get distracted. On the Facebook Open Graph Debugger page, enter your link, click on "Debug" and then "Scrape again". Facebook retrieves all the data from the page and repairs the recorded information. The next time you post, the link will show everything right. 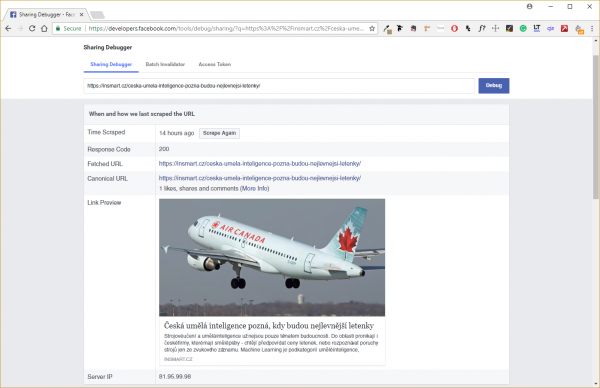 The same procedure applies if you already have a social networking article and want to edit the preview image or labels for further sharing. Already shared posts will remain as they are but the rest will be displayed with new information.